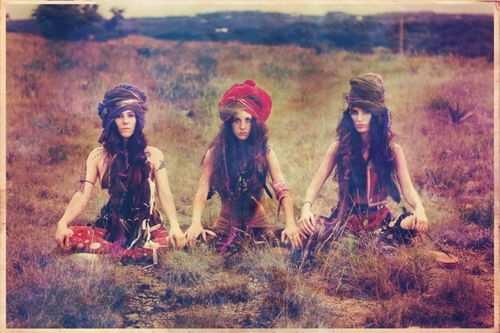 Remember when people who did yoga and didn’t eat meat were ‘hippies’? I confess having thought these things to be true. Now one of the top two fastest growth industries in North America is health and wellness (the other is Network Marketing.)  There are yoga studios on every corner, and an increasing number of vegetarian and vegan restaurants, and healthy menu options in other restaurants.

A few years ago I couldn’t imagine not eating meat.  Beans were boring… and maybe caused friends and family to leave the room… Tofu tasted like cardboard, and didn’t I hear it was linked to breast cancer? And how do you ever get full on just vegetables?

Well, I’m converted. It was a single decision on a particular day.  But they were many moments that lead up to that. See It’s Been a Slow Climb for more on that. But I finally had that “one” moment. For me it came down to a presentation of irrefutable facts that animal agriculture is harmful to the planet, to feeding the hungry, and to our health.

My approach to plant-based eating might be a little different than some.  Although I love animals,  I realized how little the thought of eating animals affected me before.  The problem is the industry has conditioned us to think animals are food – not thinking, feeling beings. They’ve conditioned us all to think of wings, steak and bacon, instead of chickens, cows, and pigs. And the truth is, if you’re hungry, if you like the taste of bacon, if you don’t believe you can get enough protein from plants, seeds, nuts and grains – it has been made too easy to disconnect a frozen ground burger from the soft brown eyes of a baby calf.

I don’t think shock videos and rallies have done much to change people’s minds. My focus is sustainability. I want to share ideas on little changes we can all make that have big results.  I believe we are all on our own journey.  And I believe we all truly want to live in harmony with the planet.  And I believe the vast majority of us have been misinformed, manipulated, and sold out.  Government, food marketing boards, and large corporations have fed us what they want us to hear (and eat!) Dairy, for example, was given a significant placement in the development of the Canada Food Guide, but with inconclusive evidence of it’s dietary benefit. Calcium and magnesium are available from a plethora of other foods! The advisory committee that drafted the original food guide consisted of 12 people; 3 of who had direct financial interest in the recommendations, one of those being from the BC Dairy Foundation.

And so big business wins again, right?  Sorry, but I have to disagree.  Farming has adapted 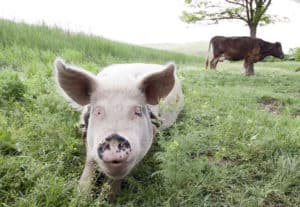 to keep up with consumer demand.  As the global population grows, and our appetite and bigger, better attitude persists a dairy cow, for example, has gone from producing 3000 pounds of milk annually in the early 1900’s to 21,000 as of 2013. If farmers could find profit and sustainability in growing vegetables and grains because that’s what consumers demanded -they would!  If you want to pay $1.99/lb for chicken thighs, those chickens will be raised in deplorable, unhealthy conditions and fattened up in 6 weeks instead of a normal 6 to 7 months.  You, as a consumer, have more power than you realize.  You are leading the global movement of health and wellness.

A recent survey stated  that 70% citizens U.S. want to eat healthier, but 50% of them find it difficult. One of the easiest ways we can do this and help the planet at the same time is to reduce our consumption of meat.  Global meat consumption has quadrupled in the last 60 years with the adoption of the ‘western diet.’ This translates to over 70% of the fresh water supply used for animal agriculture, and 38% of land use.  Some statistics I’ve read quote turning those crops over to people would feed upwards of 4 billion people. That would solve word hunger!! Reducing meat consumption will also help eliminate disease and the use of antibiotics, destruction of rain forests, water contamination from run-off, and methane gas emissions into the atmosphere.

Eating meat has become connected to wealth. Globally people want to live like North Americans. There has, for a century at least, been a freedom, opportunity and wealth associated with western culture. But with that has come greed, poor health, and loss of the ‘American dream.’ What if we adopted our grandparents tradition of having a large meat portion only once a week, like a Sunday pot roast? Here’s a start; how about meatless Mondays? Could you find a recipe and make it without meat? How about chili? There’s a start. Or experiment with food from other cultures to experience tasty meals without a big focus on meat, like Asian cooking, Mexican, or Indian.  How about this yummy Butternut Squash Red Lentil Stew that uses standard pantry items? This is from a great site full of delicious vegan options, which reminds me of the power of the internet.  You can (and I often do) just type in a few ingredients and the word vegan or vegetarian and you will be amazed at the options.  If you just can’t give up meat yet, you could even start by supporting local meat production from small farmers, or buying grass-fed beef, or cage-free chicken. These have their own problems, but are a better solution than factory farming.

I recently had a friend post on Facebook that she experimented preparing a vegan meal because a growing number of her friends and family are vegan.  And she said it wasn’t that hard to do, and she could maybe even do that a few times a week.  Now that’s an open mind. And that’s all that we need; to be open to a slight turn from our current path, and see that we can happily end up somewhere else.

There is no one giant step that does it. It’s a lot of little steps.
Peter Cohen