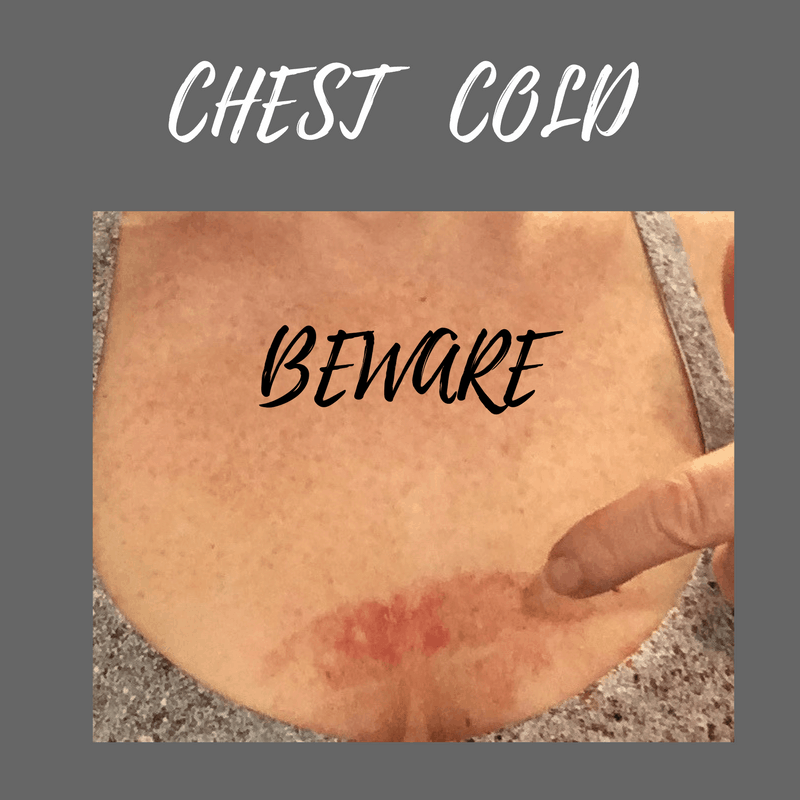 First off, it’s a fail because I’m sick.  I’ve been sick for over two weeks, and so disappointed, because I have been so proud of my record of health since eating a plant-based diet! And I woke this morning with a sore throat again, just when I thought I was on the upswing. Fact: no healthy lifestyle keeps you free from illness!

Second (she laughs and grimaces in pain) I’m going to share some of my home remedy attempts at fighting off this b*^#@! And finally I’ll share a few other failures.

My daughter had this terrible cold first, and after a family trip to Ottawa, as she was rebounding, her immune system was still weak and she picked up a second virus. She was sick for a month! You’ve heard of karma? I was telling friends and family that I was so pleased the cold hadn’t spread through the house, and no one else got sick. The next day I woke up with a sore throat.

I have never been a fan of doctors, prescriptions, hospitals, or even over-the-counter medicine. They have their place, but they are always my last resort. I have seen too many friends and family take one medication, only to have to introduce another to counter-act the side effects of the first. And then after some time the first one doesn’t do it’s job so they add more, or change it up, and your body is dealing with this chemical soup that it just can’t process.  You get more sick, and never cured.

So I nursed my cold by easing up on my schedule so I could get more rest. I thought I would fight the virus in my throat my killing it off with antibacterial oregano drops under the tongue. If you haven’t tried that one, here’s my first caution, it tastes like dirty socks mixed with liquid fire! It does work, though. My second caution is to be extra cautious when you take it. I had previously used a small bottle with a dropper. My newest one was just a single drop bottle that you have to shake upside down. I braced for the taste, threw back my head and shook a few times, only to miss my mouth and have it land on my upper lip, and my chin. The burn! My eyes watered several minutes even after I washed it off.  It’s hard to imagine that power comes from a soft, small-leaf garden plant! After re-applying my makeup that I cried off I could face the day knowing I had sent some killer armies down my throat.

I took an Immunity Booster supplement daily, I made some soup, and I held on for a few days. I thought I was fighting it pretty good and convinced myself I was ready to go to a fun event with some ladies to Axe Throwing. It was a blast, and I actually won the round-robin event, but that karma came back and the next day I couldn’t move.

I don’t know if you can have a cold mixed with the flu, but starting that next morning my head ached so badly for three days I couldn’t really hold it up unless it was supported by a pillow.  My cold slid cruelly down into my chest and I coughed every time I sat or laid down, which was often because of my sore head.  I needed to stop coughing. Back to the home remedy files.

I remembered from my childhood my mother using a mustard plaster on my chest. I always seemed to have chest colds, not head colds, as a child, and that has followed me into adulthood. I recalled that it worked quite well, and I think I’ve even used it a time or two in my adult life.  So a quick reference on google and I was mixing a concoction in the kitchen and slapping it on my chest.  I mixed dry mustard with water to make a little paste, spread it on an old tea towel and laid it on my chest under my shirt and a warm blanket for maybe a half hour.  It started to feel really hot, so I thought it was time to take it off.

And then it got even hotter! I washed my chest. I washed it again, and it just kept getting hotter. Note to self: read directions clearly, even if you have a headache. The proper directions were mustard, flour, and water. And the cloth was supposed to be folded under so there was a full layer of cloth between the mustard and my chest. Result: redness, blistering and much discomfort for several days. Thank you Arbonne cooling Gelee for relieving the discomfort and keeping the damage to a minimum. 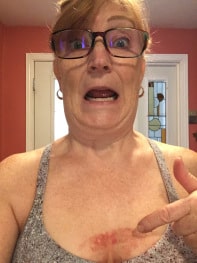 Why do I share? I thought you might like a laugh.  I laughed. And I learned. Failure is never final unless you sit in it, give up, and don’t take what you’ve learned forward. As I sat to write I realized I’ve been failing at sitting down to write for the last several weeks.  You know vacation, then life, distraction, disappointment, fatigue. But this, too, is a good fail. I miss writing! I want to blog regularly and work on my other writing and editing more. That’s not a fail! That’s a reminder of getting my priorities straight and planning my time.

But each failure makes me stronger. I feel more empowered now than I did in my early twenties when I thought I had the world by the short ones. It’s been a long journey of finding myself again, after being an employee, a wife, a mother, a friend, a daughter; I feel like me again. I know my failures and my successes make me who I am. I know I will continue to fail. And I know I will continue to learn. And I’m happy with the forward motion.

We learn that it is the tension between opposites, the complex paradoxes of life, that create evolution.”